How to become vegan? 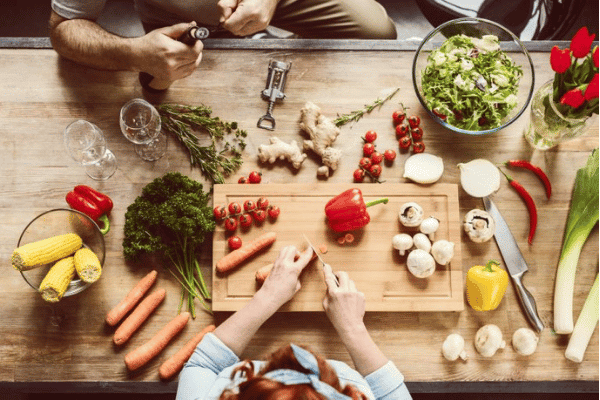 How to transition to vegan food

What is being a vegan? First of all, it is important to clarify the concept by saying that being a vegan is different from having a vegetarian-type diet. Vegan, or veganism, is something else. Being vegan, or veganism, is a choice that goes beyond what you eat. It implies a commitment to a philosophy of life. Whoever is vegan, or veganism, not only doesn't eat animal-based foods, but also rejects other products originating from - or tested on - animals: clothing, household products, cosmetics, and footwear. Everything that implies animal suffering is excluded and challenged with a critical and conscious attitude towards this issue.

In short, being vegan:

How to be vegan? Five suggestions for a vegan diet

The vegan option should be carefully considered, because if it is true that it has a positive impact on health in the medium/long term, the transition should be made cautiously.

Read, for example, the Directorate-General for Health's Guidelines for Healthy Vegetarian Eating and the Nutrimento blog;

You should consume foods strong in B12 (for example: soy, cereal flakes, vegetable milk), omega 3 and 6 (walnuts and flaxseed);   It may not always seem simple to start cooking vegan recipes, because of the variety of products available and the (apparent) complexity of the dishes, but if you have a taste for cooking, cooking vegan food can be a very enjoyable hobby. You should at the same time map out the restaurants and identify a vegan food restaurant in your area. Remember: not every vegetarian is vegan;   Knowing what to buy and who to buy it from is an art, also for a vegan diet. In addition to restaurants, there are many markets with vegan-type options, with quality products without animal origin and with little environmental impact. In fact, some restaurants and markets with vegan-type products can also be considered eco-friendly.

Ideally, a vegan should eat vegetables such as kale, arugula, spinach, and others, since they contain iron, zinc, and vitamin C. There are other important foods such as seaweed, lentils, chickpeas, and nuts, all of which are sources of plant-based protein, and which also offer zinc, magnesium, and calcium.

Being vegan is not difficult. It is, without a doubt, the right choice for those who care about the planet, the environment, and animals, besides the evident benefits for their health and well-being. However, it is an important change that requires time to adapt. If you eat meat, you can start by transitioning to a vegetarian-type diet. Once you are vegetarian, the change may be easier and smoother. In summary, to switch to a vegan diet there is a learning phase that you should look at from the start with an open mind and critical spirit. In addition, medical advice - from a nutritionist - is also highly recommended. To consolidate knowledge on the subject, there are thousands of resources available, from books to videos to articles and scientific studies. It will always be important to look critically at what you read, because "what it is to be a vegan" cannot be explained in quick formats, like so many that abound on the Web. One final note. Remember also that when this process is finished, there is no point in starting immediately to evangelize everyone about your choice. You will definitely want to share your experience of what it is like to be a vegan person - and that is fine and should be done. But to help your friends and family understand the advantages of vegan eating, use the empathy of someone who has been in their place. Step by step, food by food, for the animals, for Nature, and for the planet, we will all change into a much better world.