Lisbon Vegan Guide: Best Tips to “Veg Out” in the City 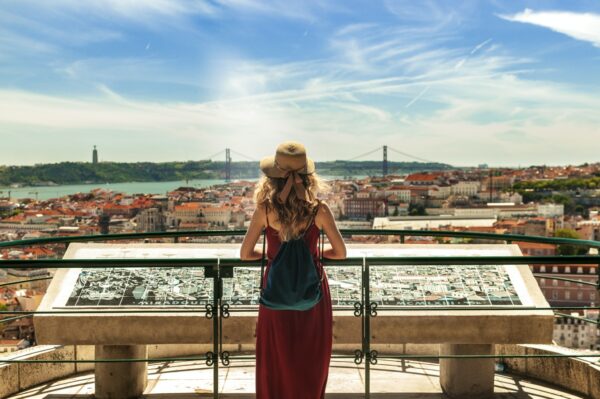 Making the conscious decision to go vegan is not without its challenges. One of which being the inevitable difficulties faced when traveling to far off shores, where vegan food may be scarce to say the least.
Depending on where you head, tracking down even a single vegan restaurant worth visiting can be practically impossible.
At the opposite end of the scale, you have a little corner of heaven on Earth called Lisbon. To say that finding epic vegan food in Lisbon was easy would be an understatement to say the least.
With more than 375 vegan and vegetarian establishments in the city, Lisbon is Portugal’s undisputed epicenter of vegan and vegetarian culture.
For the record, that’s almost twice as many as the city of Porto. Lisbon has more 100% vegan restaurants than any other city in the country, and even hosts three annual events dedicated to the vegan lifestyle: Lisbon is one of those rare places where as a vegan, no planning is necessary to find incredible cuisine. It’s right there on every corner, as part of a city that embraces and celebrates plant-based lifestyles.
You can simply wander the city streets with no specific destination in mind, during which you encounter countless vegan places in Lisbon that are well worth checking out. Just be sure to don your most practical footwear before doing so - the seven hills of Lisbon are no match for shoes that prioritize form over function!

Vegan & Vegetarian Dining: Where to Eat in Lisbon


Naming the single best vegan restaurant in Lisbon is practically impossible.  It’s also counterproductive, as it depends entirely on what type of food you are craving at the time.
Just for the record, it’s worth noting that most of Lisbon’s top restaurants now offer a wide variety of vegan dishes of the utmost quality. Not the usual token offerings that do anything but inspire - thoughtful and creative dishes to suit all tastes and preferences.
But if on the lookout for a specialist vegan restaurant in the city, you’ll find no shortage of amazing places to ‘veg out’ in Lisbon:


For early (and no-so early) starts to a great day in the city, a satisfying and energizing breakfast is essential.  Luckily, Lisbon is bursting with amazing vegan restaurant, café and takeaway options for breakfast. Creative smoothies made with the finest local produce, accordance granola bowls, artisan flatbreads with Za’atar - all served up by passionate locals who celebrate plant-based living.


There’s also a near-endless list of amazing bakeries to check out all over the city, putting their own signature twists on local delicacies. If short on time, don’t miss out on the opportunity to pick up Lisbon’s best vegan pastel de nata tarts - every bit as decadent and dreamy as the original.  Lisbon is a city fuelled on cakes, cookies and creative culinary concoctions that never leave vegans out of the mix.


Once you’ve had your fill of the more traditional local delicacies, why not head to one of the best vegan sushi joints you’ll ever experience? It’s worth remembering how the vegan restaurant experience in Lisbon doesn't just begin and end with plant-based twists on local classics. There’s also no better place in the world to sample incredible vegan sushi trays - best enjoyed, al-fresco while watching the world go by.


Last up, Lisbon’s main food market - Mercado da Ribeira, opened its doors in 1892 and has been a local institution ever since. It’s changed slightly since being taken over by Time Out Lisboa, but is still one of the best places in the city to shop, eat, drink and hang out. 26 restaurants, eight bars, 12 shops and live music performances daily - what more could you ask for?

Handy Phrases for Vegans in Lisbon


Rounding things off, you’ll find a little local lingo goes a long way with the people you meet in Lisbon. Along with the usual basics, the following phrases could come in handy during your stay - particular if out and about looking for a good vegan restaurant: If in doubt, you can always reach for you trusty Google Translate app to know exactly what it is you’re ordering!